The new high-speed nanoscale radiation detector is now on par with the best quantum computer readers. Many present IQM employees co-authored the research carried out at Aalto University and VTT Technical Research Centre of Finland.

ESPOO, Finland, Sept. 30, 2020 /PRNewswire/ -- Prof. Mikko Möttönen's university research group and collaborators have engineered a fast and ultra-sensitive nanoscale bolometer that detects very faint microwave radiation. In fact, the radiation detected is so weak that heating up a cup of coffee at room temperature, for 1°C in a microwave oven would have taken 50 septillion times more energy. That is a 5 followed by 25 zeroes. 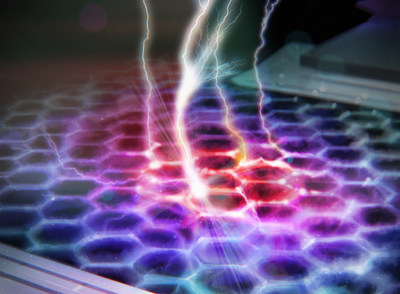 "The device is so tiny; it could even fit inside a bacterium," says Möttönen who is a joint Professor of Quantum Technology at Aalto University and VTT, and also a Co-Founder of IQM.

The new bolometer can measure the energy of photons much more accurately and faster than before. This is essential for quantum computers, since measuring the energy of qubits, the quantum bits, is an integral part of quantum algorithms. Moreover, the device is small and readily integrable into superconducting quantum processors, providing a clear path towards real-world applications.

"We started the proof-of-concept using gold palladium for the bolometer," says M.Sc. Roope Kokkoniemi, the first author of the Nature paper who just joined IQM. "It worked but at the same time we also figured out how to make it even better. This is where graphene comes in as a replacement. The end result is indeed a much better sensor that can operate at higher speed, so much better that it can be useful in reading out the state of a superconducting qubit, the building block of a superconducting quantum processor," added Roope. This has also been a collaborative effort with Professor Pertti Hakonen's NANO group of Aalto University, with VTT, and with National University of Singapore.

Accelerating the development at IQMIn quantum computers such as the ones developed at IQM, this detector technology could prove very useful in replacing conventional readers and enabling the scaling up of future quantum processors due to its relatively small size. By virtue of being at the epicenter of quantum in Finland, IQM is in a unique position to commercialize such breakthroughs through close cooperation with the growing local quantum ecosystem.

"We consider this an exciting milestone in the field of quantum technology. IQM is constantly looking for new ways to enhance its quantum-computer technology and this new bolometer certainly fits the bill," explains Dr Kuan Yen Tan, Co-Founder of IQM who was also involved in the reported research.

Technology from the best researchIQM is a prime example of a successful technology transfer story, epitomizing how research can be commercialized in an expedited way. IQM has become the leading quantum-computer company in Europe in an extraordinarily short time, already making its way towards the first commercial quantum computer sale. The company has managed to establish itself a unique foundation in the field, not only because of it has been able to recruit a major fraction of the highly limited pool of talented quantum engineers, but also because of its ability to cooperate with universities and industry partners all over Europe.

Significant part of IQM's rapid development and brilliance in the field of quantum computing stems from the close interplay with academia. In fact, IQM is highly integrated in academia and most of its employees have research background. IQM's team has collectively published over 640 scientific articles with more than 27,000 citations.

IQM's aim is to become a pan-European quantum-computer company and further expand its partnerships with the best research teams all over Europe.

The link to the Aalto University's press release: https://www.aalto.fi/en/news/new-detector-breakthrough-pushes-boundaries-of-quantum-computing 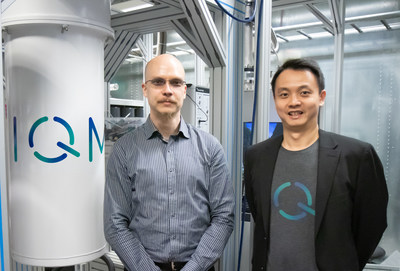 IQM Contacts for questions and comments: