The soon-to-be-launched Kavalan whisky has been aged in specially shaved, toasted, and recharred casks 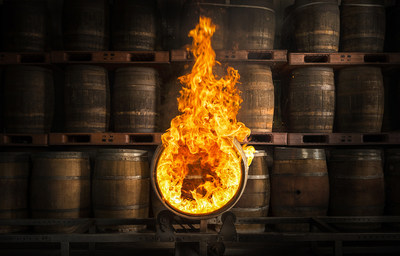 Kavalan has announced that its second Shave, Toast, Rechar (STR) whisky will be launched in October in Taiwan as part of an exclusive 4-bottle set for Christmas.

In 2006, the hand-crafted rechar STR technique was developed by the late Dr Jim Swan and Kavalan in Taiwan. In their search for extraordinary flavour, they developed an exacting recipe for toasting and recharring wine barrels to remove the acidity associated with wine cask maturation and to enhance the depth of flavour possible in Taiwan's subtropical climate.

"I've been asked many times since the WWA win when we would release another Made-in-Taiwan STR whisky. Now after years of experimenting, we sincerely hope the second STR whisky will pass on the excellent performance of Vinho, becoming the spotlight for whisky fans around the world," said Mr Lee.

Since 2015, Vinho Barrique has continued to impress judges with its craftsmanship, this year collecting a string of top tributes. At the World Whisky Masters 2020 contest organised by the Spirits Business, it was named "Taste Master," the ultimate global prize in the contest. At the recent Tokyo Whisky and Spirits Competition it was also named the contest's "Best of the Best."

The treatment of oak casks known as S.T.R., or shaving, toasting, and recharring, is a groundbreaking technique that emerged from the Kavalan innovations lab and has since spread across the industry. First, gentle shaving of the casks removes any undesirable wine flavours and acid compounds. Then, toasting releases organic compounds from the wood, bringing out all its fruity vanilla notes. Finally, recharring with an intense fire enables the eventual release of pleasant flavours such as rich caramel and chocolate overlaid on a delicate background of complex fruitiness.

Kavalan Distillery in Yilan County has been pioneering the art of single malt whisky in Taiwan since 2005. Our whisky, aged in intense humidity and heat, sources the meltwaters of Snow Mountain and is enhanced by sea and mountain breezes. All this combines to create Kavalan's signature creaminess. Taking Yilan County's old name, our distillery is backed by about 40 years of beverage-making under parent company, King Car Group. We have collected more than 450 gold awards or higher from the industry's most competitive contests. Visit www.kavalanwhisky.com